I have modified my GymAware analysis over the years to examine my data in a few different ways (and these are just my experiences with it – I am certain there are more ways to sift through the array of outputs and arrangements of this data): 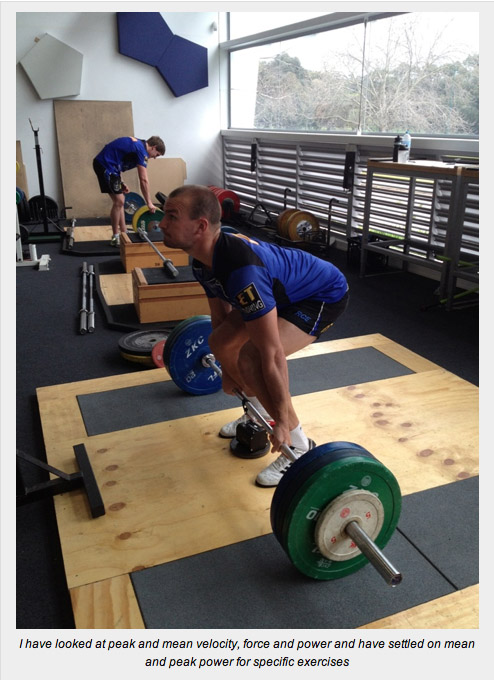 In order to track the medium to long-term progress of my athletes, I export many of the GymAware kinetic variables into a Microsot Excel spreadsheet and analyse the results using a Pivot Table. Hopefully, the tips in these articles will fast-track your data analysis and you can avoid some of the mistakes I have made.

I believe that one of the important additions to my data set is the inclusion of some simple custom fields (please note, as I describe these fields, they will have a rugby union bias, however, I believe it is possible for these custom fields to be adapted to any sport).

With the inclusion of a few additional columns into my main GymAware data, I am able to use Pivot Tables for my reporting, and am able to answer many questions regarding the progress or achievements of my athletes or squad, such as:

The breadth of variables that can be exported from the GymAware site are outstanding, and I have not fully investigated the use of all of them with my athletes. I have looked at peak and mean velocity, force and power and have settled on mean and peak power for specific exercises. I export the simple the basic descriptor variables (eg. Name, exercise, bar load, etc) and kinetic variables (concentric mean power, velocity and force – although I do not look at some of these variables, I still export them.

I do this, because if in the future some research is produced that states that a particular variable is very important and I have not been analysing it, then I have it in my data set, arranged with all my customised fields and I can perform analyses from then on with the new variable).

As stated, there are many variables, some of these I may use if working with other sports (for example, the rep rating may be of interest with a sport such as rowing), but for the rugby, I stick to these main variables. In addition to these, to my main data sheet, I include the following custom column headings: 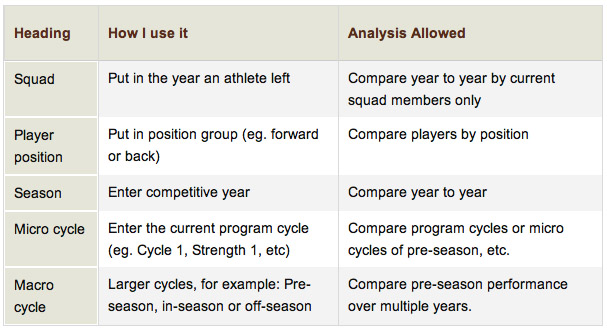 The following graphs may better illustrate how the addition of these variables can allow for even greater analysis and quicker reporting.

By adding playing position, I am able to create normative figures (such as Figure 1) which I can use to set appropriate targets for players based on position. This very easy figure to create, shows the average power output for an absolute bar load – the final bar load is an indication of the playing positions 1RM.

For an alternative, this could easily be represented as relative load, by changing the bar load to a percentage of 1RM. It depends on the requirements of the sport, but in rugby, the absolute strength is very important. 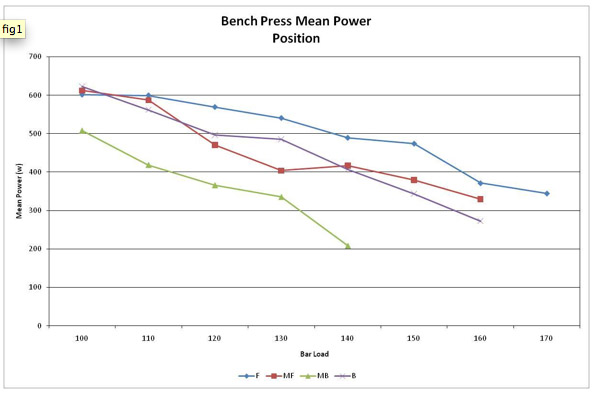 Figure 2 below shows the mean power for bench press for a particular player, tracked over several seasons. By recording power output each session, over the course of a season you will see what the heaviest load they lifted is (it was 120kg in 2006). In the figure on the left, the athlete has increased their strength over the three seasons from 120kg to 140kg. As a result of getting stronger, they are also able to produce more power at the same absolute load each season.

The benefit of tracking power can be seen in the figure on the right. Despite not increasing strength in future years, the athlete was able to continue to increase their power output at lighter loads. Without this sort of feedback, just tracking progress by 1RM would be quite “un-motivating” for the athlete. However, this athlete was able to see improvements in power, without improvements in strength.

Figure 2: Long-term tracking of strength and power for an athlete.

This process can also be used to produce end of season or phase reports for coaches and players very quickly. Figure 2 shows strength and power in the one document. Depending on the clarity of the final result, it can even have multiple exercises such as Figure 3. 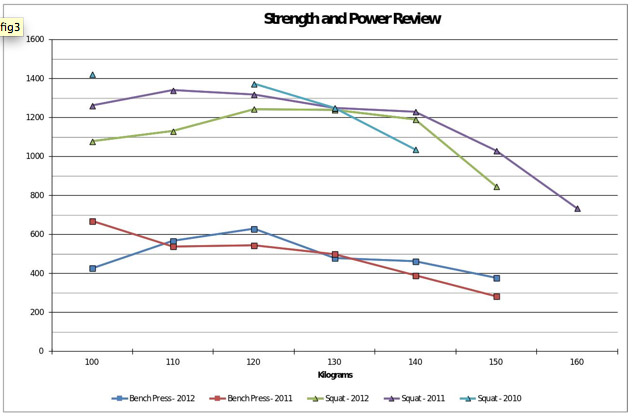 Figure 3: An Example of an End of Season (or Phase) Review

An important addition to the exported data set is indicating the program phase. By identifying the micro or macro-cycle, it is possible to break down the monitoring to specific phases or even programs (please note, it is not the intention of this article to debate the definitions of micro or macro-cycles or their lengths, these terms are merely used to demonstrate short and long phases of resistance training periods. For example, I call a macro cycle, Pre-Season, In-Season or Off-season; I call micro cycles the specific program: the first program in 2012 is 1’12. The next program is 2’12. Program 5’10 is the 5 th phase of programming in the 2010 season.

This is just the system I use and I am sure you will have your own) . This allows for specific analysis of players, or groups of players, responses to a program or intervention. Whilst there are many factors that may influence the success of a two, three or four week resistance training program, collating enough data over a number of programs and athletes, you can start to develop some patterns. Figure 4 below shows the changes in strength and power of an athlete by program phase during a pre-season period. One athlete is not enough, but over time, you will roll out the same, or very similar program interventions on your athletes.

By including the program phase in the original data set, you will be able to review the success or failure of resistance training interventions on strength and power development and make adjustments to future programs, or incorporate successful interventions for other athletes who it may suit. Recording this data allows me to make objective decisions on the success or failure of a program to create adaptation. 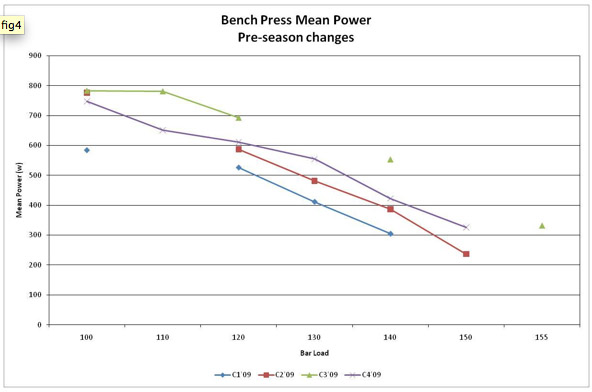 Figure 4: The identification of program cycles.

As well as identifying program phases, even just pre- or in-season identification can be useful to track progress. The figure below (Figure 5) shows the different strength and power adaptations of two athletes during the course of a season. The athlete demonstrated by the figure on the left, decreased power in-season, but was able to hold their strength. The athlete on the right was able to increase both their strength and power. Which one was playing every game? The one on the left. Over time, recording this data allows me to understand how our strength and power can be affected in-season and what likely fluctuations can be expected.

Figure 5: Changes in strength and power during the competitive phase.

Consider The Influence of Anthropometrics

Finally, from a programming and goal setting perspective, it is important to be aware of the differences between players. The following graph (Figure 6) illustrates the difference anthropometrics can make in an exercise such as bench press. The athlete indicated by the red line was a taller player, who was able to use their longer arm length to generate greater range of motion, a higher final velocity and more power at lower loads than the athlete represented by the blue line who was much shorter. However, when the load increased, the mechanical advantage of the longer limbs became a disadvantage and the shorter athlete was able to move heavier loads more effectively. I believe there are two programming aspects in this case. First, this understanding is important when targeting sections of the power curve and goal setting for athletes – knowing what is realistic and the different training strategies required. And second, it may also assist with exploiting strengths. Trying to have substantial increases in power for the shorter limbed athlete at low levels may be unreasonable, as they are essentially limited in the maximum displacement of the bar. Additionally, whilst the taller athlete is disadvantaged at heavier loads, an appropriate strategy may be to exploit their wonderfully long levers and demand improvements in bar speed at the lower loads. 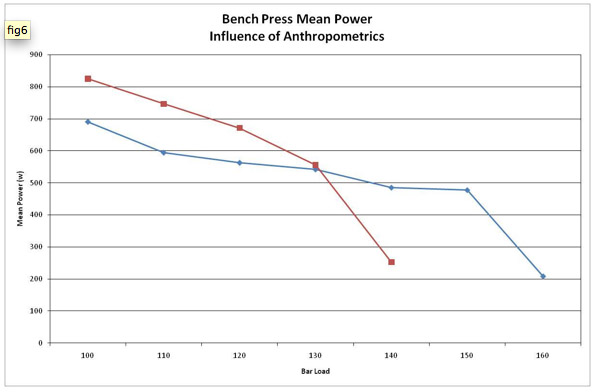 Figure 6: The influence of anthropometrics on power output.

I hope these figures have been able to demonstrate the potential analyses that can be conducted by the simple addition of a few core descriptors (eg. position, phase). In the next edition, I would like to discuss how some analyses can be conducted that may assist with your rehabilitation or injury risk reduction.