Skip to content
Do you need mean propulsive velocity?

Do you need mean propulsive velocity?

To know which variable to choose, it is important to know your goals for the training or testing session. Neuromuscular function can be assessed by measuring the velocity value achieved against a given load using traditional (e.g., bench press or squat) or ballistic (e.g., bench press throw or vertical jump) exercises. When testing with light/moderate loads (i.e., ≤70% 1RM), it is recommended that ballistic exercises are used (e.g., bench press throw rather than the traditional bench press variant). The reason for this is because it removes the braking portion of the concentric movement and provides a true reflection of an athlete’s ability. Therefore, when using relatively low loads, peak velocity is recommended as it does not measure the flight phase (unlike mean and propulsive velocity) and provides improved reliability (which is important for the consistent measurement of your athletes) 3. Furthermore, if using ballistic movements to measure performance, mean propulsive velocity could be even more problematic than mean velocity due to difficulties in detecting the exact moment take-off occurs. This issue may explain the counterintuitive findings reported in the scientific literature such as the power developed in a traditional exercise (e.g., bench press) being greater than its ballistic variant (e.g., bench press throw) 4. When assessing athletes with heavier loads (e.g., >80% 1RM), values provided between mean and mean propulsive velocity are practically identical, and all three velocity variables could be used 5. 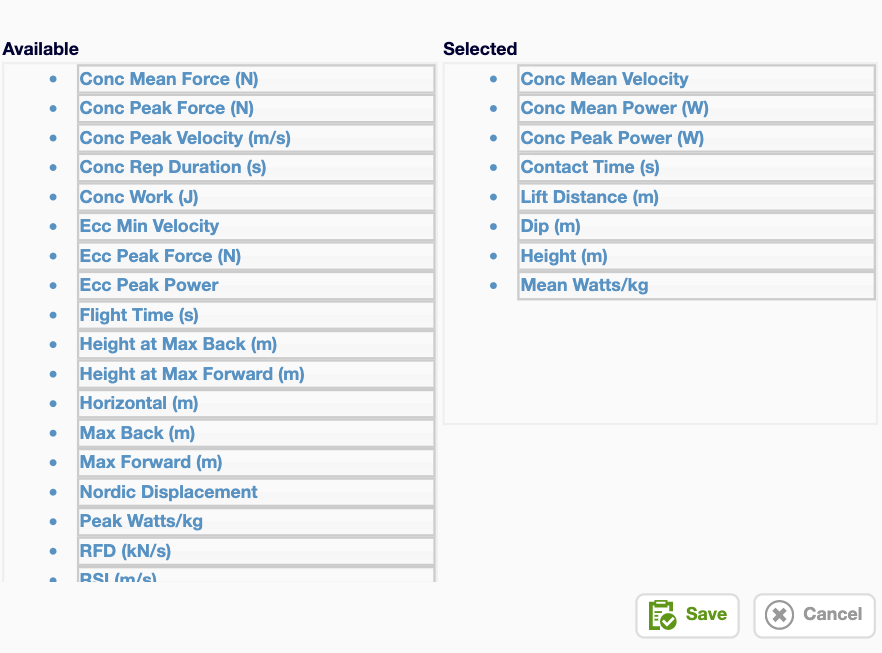 Given that peak velocity can ensure greater reliability at a range of sub-maximal loads, mean velocity provides the greatest linearity when developing load-velocity profiles and improved ability to estimate sub-maximal and maximal capacity, these two variables (mean and peak velocity) are provided with GymAware and Flex. These have been recommended throughout the scientific literature as the most accurate, reliable, and beneficial methods of monitoring performance 3, 5, 6, and avoid issues that are often introduced when using the mean propulsive phase of a movement (e.g., inclusion of the flight phase during ballistic exercises) 7.