Skip to content
Velocity Based Training and Mental Health

Velocity Based Training and Mental Health

In the past, I have written immensely on topics regarding mental health. Mainly I have discussed the need to monitor daily readiness due to social media bullying, stalking, and fear of missing out. Of course, when you add in the disturbance in sleep caused by all the blue light we look at all day including the screen I am typing on now, you get a lack of recovery. All of these elements cause disruptions to mental health. The question becomes, “how does velocity-based training (VBT) combat this epidemic of mental stress?” In this article, I am going to discuss everything Velocity Based Training and Mental Health; specifically:

When I was a young man, I dealt with bullying, stress to make good grades, and parents arguing. I remember being pretty darn stressed out to the point of actually crying until falling asleep on the couch talking to my best friend. Everybody has stress in their lives, and that’s just part of growing up. However, social media has made it impossible for our young people to escape bullying and the comparison thing that happens in high school. They go home, get on Instagram or worse Snapchat, and boom they are comparing themselves to the starting quarterback’s profile or the captain of cheerleading’s latest story.

If my daughter was getting stalked by some obsessed young guy, she’s safe at my home. I can file a restraining order to keep him away from her. Now young men and women can create fake profiles to stalk or bully our children. There’s no escape really other than to put down the screen. However, who is actually putting down the screen…? Parents comparing their children to other children along with young people naturally comparing themselves to their peers has always been a thing. However, now it’s out of control and causing major problems.

I remember being in high school, and yes, there were struggles and hard times. However, it was a fairly fun time to be alive without any major stress like supporting a family and/or losing a job as an adult. I remember long summers, staying up too late, and lots of good times with my best friend K.J. That’s not the case anymore based on recent studies.

Bethune, S., 2014 published an article for the American Psychological Association that showed teens more stressed out than adults. Guys that’s a problem. Your teenager shouldn’t be more stressed than you, so it’s time that parents and coaches come together to address this rising problem. When you have young people shooting up schools and other groups, there’s a problem with society. The mass shooting in 1999 at the Columbine High School in Colorado should have been our warning.

I refuse to turn this into some political statement. There’s too much of that going on around the world. I am simply pointing out that we have a problem. Now there are studies showing a major rise is depression, anxiety, and other mental health disorders. Here are some statistics that should shock you (Kessler, et al., 2005a):

I touched on this in my article regarding VBT and Women, but I will emphasize this again. I have coached many amazing female and male athletes. I have noticed in my 26-year career that women seem to experience higher levels of stress and anxiety than males. Of course, I wasn’t sure if this was just my observation as a male or if it was actually correct. However, women are almost twice as likely to suffer from severe stress and anxiety that men (Remes, O., et al., 2016.) Society has forever been harder on women regarding body type, facial structure, posture, and behaviour. I for one would like to see that stopped forever, but in the meantime, I am looking for solutions.

Effects on mental health caused by a lack of recovery

Not only are kids staying up late staring into a screen like I am right now, but they are also staring at blue light. Problematic cell phone use is evident from the research performed by Tugtekin, U., Barut Tugtekin, E., Kurt, A. A., & Demir, K. (2020). The amount of time spent on a cell phone is directly correlated to social media fatigue, problematic cell phone use, and depression. There’s something else that is problematic about increased cell phone use that is even more related to athletic performance, and that is blue light waves at night. Gradisar, Wolfson, Harvey, Hale, Rosenberg, & Czeisler (2013) found that nine out of ten Americans reported the use of technology within an hour before bed with television being the most popular. However, those interviewed under 30 were more likely to be on a cell phone. As you will see, any light can cause disturbances, but blue light waves as from a cell phone are dramatically worse. Interactive blue light devices like laptops, cell phones, and video games used in the hour before bed caused more difficulty to fall asleep and led to more non-refreshing sleep.

As expected, the adolescents and young adults were more likely to use cell phones, laptops, and video games leading to poor sleep quality. Video games were the most significant in regards to difficulties falling asleep, but cell phones and laptops led to significant difficulties as well. In all, cell phones, laptops, and video games are affecting bedtime displacements, cognitive and physiological arousal, light and electromagnetic transmissions from tech devices, and devices interrupting the maintenance of nocturnal sleep. All of these can be linked to fatigue, depression, and even the performance of athletic movements.(Gradisar, et al. 2013).

In layman’s terms, if someone isn’t sleeping, their brains aren’t able to calm down and enter a state of parasympathetic nervous system activity leaving them unable to deal with stress. That’s the point of the sympathetic nervous system. It isn’t the bad guy, but it needs a break. I’m sure some neurology PhD is shaking his or her head right now, but I think you get the point.

How Does Velocity Based Training (VBT) Help?

For an athlete to feel competent, it’s important that he or she is given tasks they are capable of achieving. When it comes to motivation, there are two main central achievement goal perspectives (task and ego). Ego-involved athletes are preoccupied with the adequacy of their ability and the demonstration of superior competence compared to others. Task involved athletes are focused on process goals that are laid out by the coach with the individual in mind. Athletes that end up lasting, being successful, and more importantly maintaining a love for the sport naturally end up task-involved. 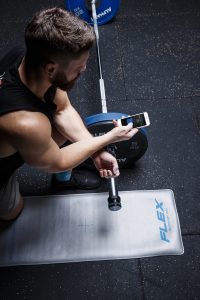 If you ask your athletes to come in and battle the other athletes in the room on a daily basis, you will eventually be left with a room of underperforming athletes that hate the sport and the coach. These athletes are also more likely to experience higher levels of stress and anxiety, and they will be the athletes unable to deal with the increased stress and anxiety. Velocity allows you to maintain a room filled with task-oriented athletes enjoying the process and able to handle the stress of competition.

I’ve already explained that athletes are struggling mentally. When you tell an athlete to squat 83% for 3×5 on a day they are experiencing higher amounts of stress and anxiety from life, you are setting them up for failure. They will slowly lose faith in their own ability and in you the coach. I’ve already written about the fluctuation of 1RM capability, sometimes as much as 15% up or down on any given day. Therefore, it’s arbitrary in nature to prescribe 83% of a 1RM that might not exist on that given day. Velocity takes into consideration the fatigue the athlete is bringing into the training room caused from stress and anxiety in other areas of his or her life. Velocity takes into consideration a lack of quality sleep.

“In a review of flow studies, Swann, Keegan, Piggott, and Crust (2012) summarized the factors that facilitated the likelihood of achieving flow as:

Performance aside, only a few of us are going to coach professional or Olympic athletes. However, whether we are coaching the best of the best or the average teenage athlete, we want them to leave us in love with strength training and exercise. That’s our biggest calling at least it should be. If we set our athletes up for success the majority of time, maintain positive reinforcement, and earn their trust, we are ensuring they leave our weight rooms in love with exercise.

I am not going to name this athlete, but her story should encourage all of you to use velocity. This athlete (we will refer to her as Mary) is an athlete that struggles with anxiety. She has been hurt multiple times pushing herself too far. Plenty of coaches prescribe with repetition maximums with the understanding that it’s a daily maximum not a lifetime maximum every day. However, if an athlete becomes performance focused solely basing his or her worth on a daily battle with the rest of the room, logic is quickly tossed out the window. 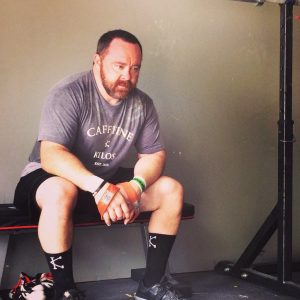 Mary came to me unsure of whether she should trust me as a coach. She had been hurt a few times with other coaches, so I totally understood. It wasn’t really the program or the coach that hurt Mary. It was Mary’s perception of the daily prescription. Velocity has totally brought logic to her daily training. No longer will her program say work up to a 3-repetition maximum. Instead, it will say ‘work up to a triple in the back squat at or above 0.5m/s’ aka a velocity she will never miss. The result has been an improvement in Mary’s overall anxiety, less stress, and a return to loving weightlifting. My favorite part is that velocity has helped to establish trust and buy-in in our coach to athlete relationship.

I hope this article has helped all of you understand that we have our work cut out for us as coaches to ensure that our athletes leave us loving exercise. Exercise has been prescribed to combat anxiety and depression since ancient times with conclusive research demonstrating the power of exercise to deal with mental health. VBT is a tool that can help your athletes leave the weight room smiling versus being served with yet another defeat. I like to win as much or more than any coach, but the mental health of my athletes is more important than anything else. I hope you can agree that we need to be a solution and not part of the problem.

Watch out Velocity Based Training and Mental Health video below: